“Are these people nuts?” It seems that I ask this question frequently in South America although not often in a church. I am looking at a rickety, unenclosed, 3 story ladder (unless you count the netting and I do not) that leads to the top of the one of bell towers of the magnificent Basilica de Voto Nacional in Quito. A stiff wind is blowing and as I watch, a septuagenarian makes the very wise decision to turn around and descend the ladder on her rear. There is a line of people waiting to ascend and the look of horror on my face makes it clear that I am not planning the climb. Another lady confesses that she made it three steps and had to turn back. I console myself with the fact that the view from the base of the bell tower is fantastic and causing an international incident by getting stuck on the ladder isn’t really necessary. While I am a wimp when it comes to climbing – actually descending – open staircases, this climb isn’t for the faint of heart. The Basilica sits high atop a hill in the city and the towers are 377 feet high.

Waiting our Turn… For Naught

Plank walkway on top of the Basilica

First Ladder and I Thought It Was the Only One!

Ladder to the Top 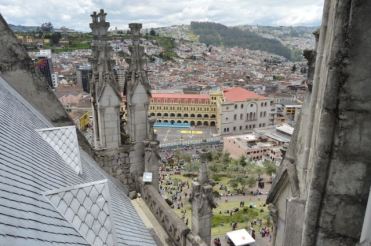 The funny part is that I didn’t feel that the rest of our climb around the Basilica was particularly safe. On the second story balconies we had to climb across crumbling corners and navigate electrical cords everywhere. Guardrails? Please. Apparently, your faith will protect you from harm! But touring the Basilica was well worth the risk – it is as spectacular as its views. It is patterned after Notre Dame and the Gothic design is fantastic. My favorite part was the native species gargoyles although the brilliant stained glass was a close second. The nave itself is unfinished and a bit cold feeling, but there is a small chapel, La Capilla de Sacramento, that is stunning in its decoration. Unfortunately, photos are not permitted in the Chapel. 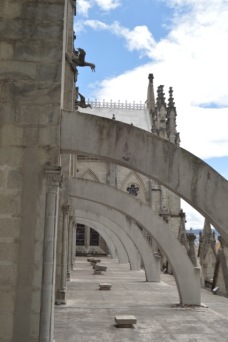 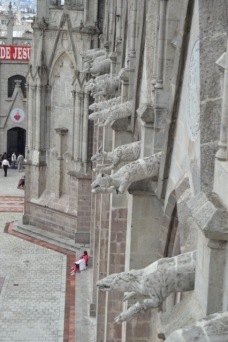 Pope John Paul II blessed the Basilica in 1985 and this welcoming entrance was one of my favorite parts of the building. 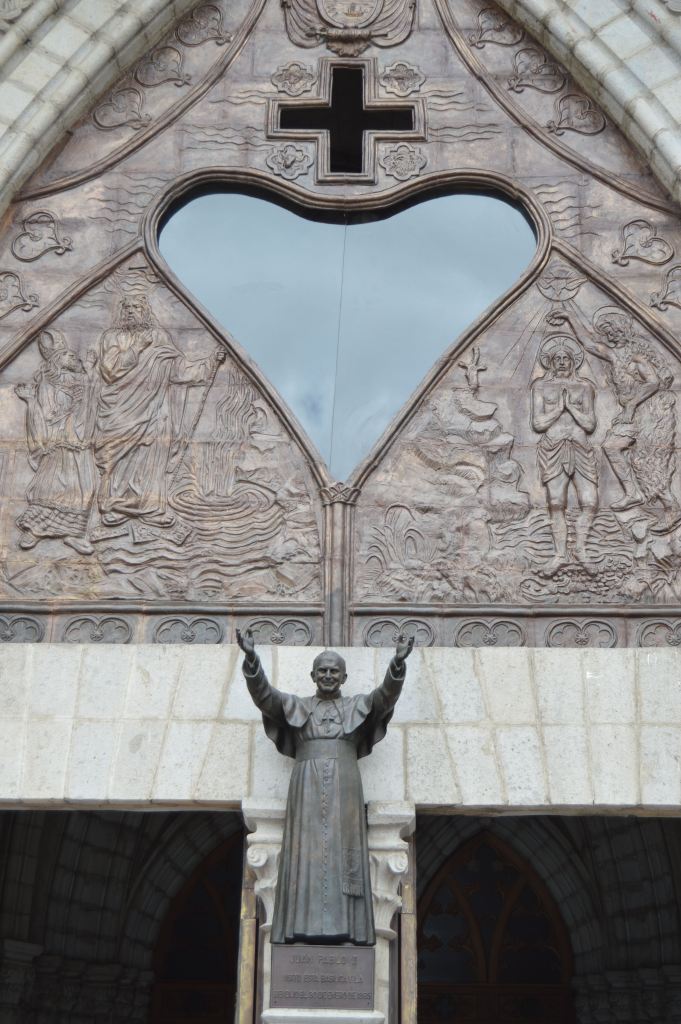