Matt and I are in Week 4 of the Covid-19 quarantine restrictions and in the middle of our Spring Break Staycation. I’m sure we feel the same as most of our friends and family around the world – unsettled, but currently safe and sound. We were comforted with the initial swift reaction of the Honduran government. Before there were any cases in the country, the government had already put a plan in place and dedicated funds to COVID-19. As early as mid-February, efforts were being taken to increase hand washing, check for symptoms and disseminate information about virus.

Staycation by the Pool!

The first two cases in the country were confirmed on March 11 and the response was swift. Obviously, Honduras is a poor country with substandard medical care. So it is important that efforts are taken to “flatten the curve” because as much as U.S. hospitals can’t handle this crisis, Honduras hospitals REALLY can’t handle this crisis. On the positive side, knowledge that this is the case has led people to appear to follow the restrictions much better than what I am hearing and seeing from my U.S. friends and family. This is today’s snapshot:

Honduras has about 9 million people and to date has 343 reported cases, with 23 deaths and 6 recoveries. Its government COVID-19 website is a model of transparency: information is graphed out by regions, sex and age and there is a running tally of confirmed cases, deaths and recoveries.

Wisconsin has about 6 million people with 2,885 reported cases and 111 deaths according to the State’s website. This information is not easy to find – you have to click on a few pages to get all the data you want – and I am not impressed with Wisconsin’s lack of transparency.

While we cannot really know the number of cases without widespread testing, our current home is doing a much better job “flattening the curve.” Wisconsin’s number of infections is 8.4 times that of Honduras and Wisconsin has 3 million fewer people. But to get there, we are living under strong limitations. It’s a funny thing, the terms that are used. According to the Honduran government, we live under an “absolute curfew,” but according the U.S. news sources, I am living under “martial law.” My personal liberty to move freely outside my home is restricted, so perhaps that is true. But when I compare Honduras’s infection rate to Wisconsin’s rate, I am comfortable with the limitations placed on me.

That isn’t to say that the limitations are easy. The hardest part is that they change rapidly and without notice. Some examples:

Cooling off and Cleaning the Pool 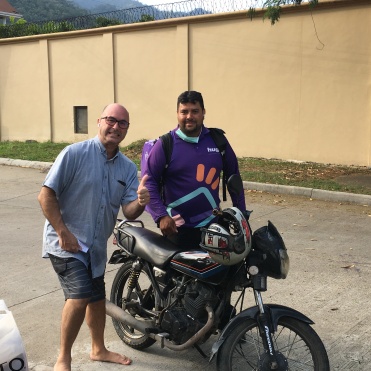 Too excited to stay away 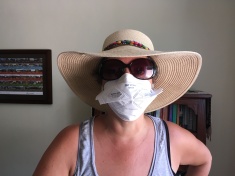 Masked and Ready to Buy 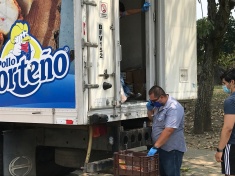 Throughout all of this, the U.S. Embassy has added to our stress by sending out increasingly alarming notices telling everyone to leave the country. 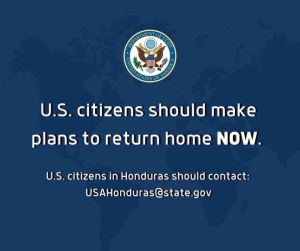 Borders have been reopened for repatriation flights only. While the embassy notices were initially aimed at travelers and not residents, like us, they have become more urgent over the past 2 weeks. I understand the U.S. government’s desire to not have us be its problem in the event something goes wrong and to cover its ass. Unfortunately, these notices ignore the reality of 1. we have no health insurance in the U.S., 2. we have no home in the U.S., 3. the U.S.’s infection rate isn’t comforting or under control and 4. the LAST thing I want to do right now is travel internationally. While we are staying put, we recognize that this means we have a very good chance of spending our summer vacation here as well and not in the U.S. (and Canada!) as planned.

I didn’t set out to write a heavy post, but our reality is so different than what most people we know are experiencing that I wanted to capture and communicate it. We are fine and enjoying our Spring Break Staycation. We have added virtual game nights, happy hours and book clubs to our social life and are playing games, doing puzzles, reading and, of course, enjoying that pool. I joke that our two years feeling isolated on an island has prepared us well for this situation, but it is actually true. 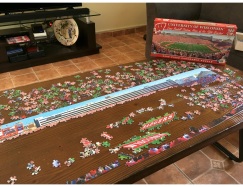 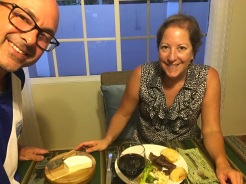 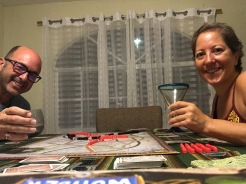