I admit that I had never heard of Oswaldo Guayasamin, Ecuador’s most famous painter, before we arrived in Quito.

Born in poverty in 1919, Guayasamin devoted his artwork to portraying indigenous people, racial discrimination, injustice, violence and the plight of the poor. Powerful stuff. One of his famous quotes is “I cried because I had no shoes until I saw a child that had no feet.” The Fundacion Guayasamin site contains the artist’s former home and studio (he died in 1999) with its breathtaking mountain views, a museum called La Capilla del Hombre (Chapel of Man) that Guayasamin designed before his death and, as an added bonus, a small archeological site. It was amazing. An absolute must-see for anyone visiting Quito. 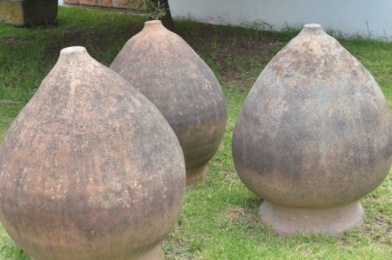 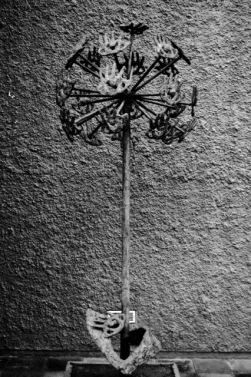 The Feet are My Favorite Part 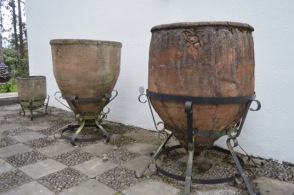 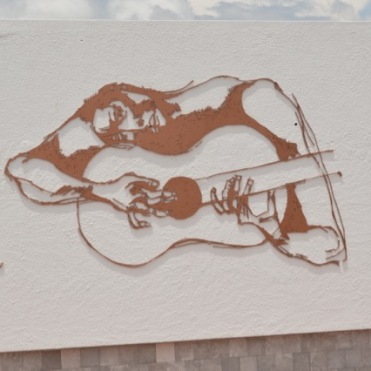 While My Guitar Gently Weeps

The exterior of La Capilla del Hombre is bunker-esque, but inside the space is perfect, just as the artist envisioned.

The Capilla del Hombre is a tribute to man, in particular the struggles and sufferings of Latin Americans. The museum has an eternal flame on the ground floor that represents a prayer for peace and human rights. Matt snuck some pictures.

While it was definitely our favorite museum, we also enjoyed other museums and artwork around the city. 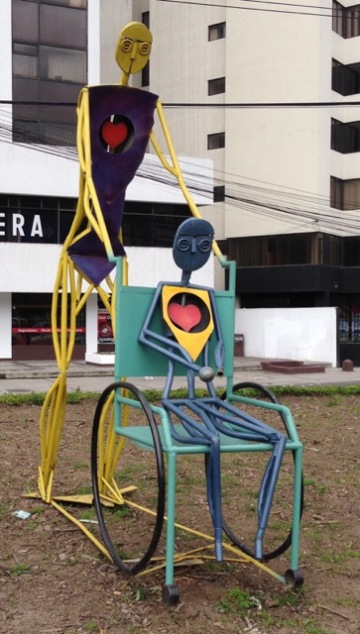 The National Museum of Quito is housed in a complex that includes theaters and a few other museums and has some cool outdoor art. Pictures are forbidden in the museum (this time Matt complied) but the works ranged from pre-Colombian pottery and the like to religious art from the Colonial era.

In the same complex is a modern art museum and we stopped in and enjoyed some work of Francisco Urquiza. I have no idea who he is but his paintings were really cool!

Eye of the Toro 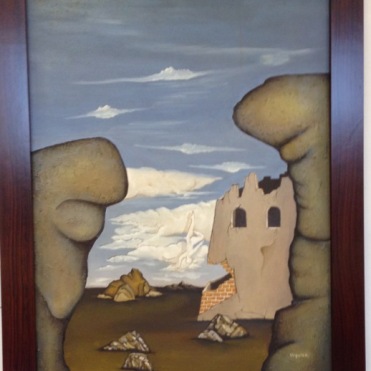 Another museum visit, to the Casa De Alabado, was also well worth it although we again have no pictures to share. It had pre-Colombian artwork of the indigenous cultures. Finally, we enjoyed the Museum of Contemporary Art. Housed high on a hill overlooking the city in an old military hospital, the museum has rotating exhibits. We saw three: a student photography exhibit, an Italian exhibit of art from the 1960s (psychedelic, baby!) and Art in Orbit, devoted to outer space. Art in Orbit included a room at the end, complete with bean bag chairs, where one could watch various sci-fi movies.

I loved the room of gowns by Italian designer Fausto Sarli. Che Bello!

The 60s art was dizzying with its play on dimensions. This piece was awesome and photographed pretty well. It was 2D but the pixie stick lines looked real!

And last, but not least, if you can’t make art, join it! 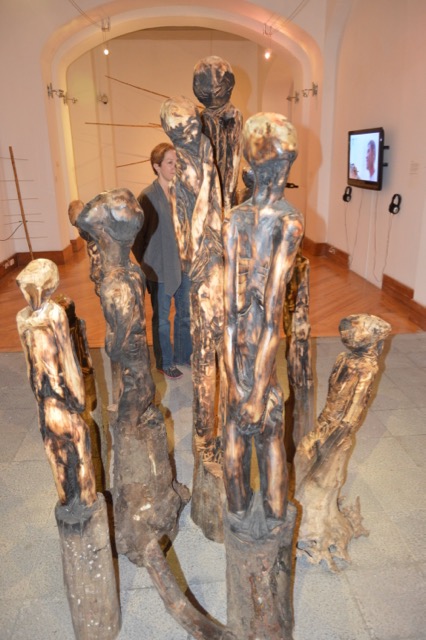 One thought on “Art and the City”