My eyes are screwed shut, my earbuds are playing happy tunes and I am trying to pretend that the jolting motion of the van is the cottage raft swaying gently on the waves. Welcome to a Peruvian Road trip. 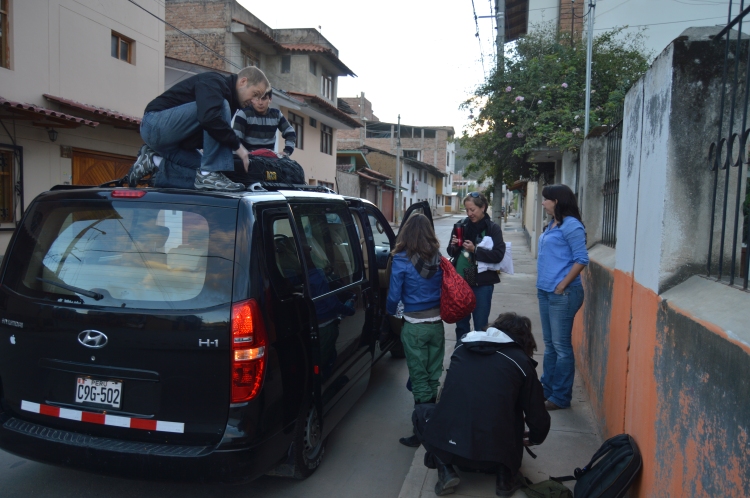 We are trying to make the most of our time in Peru and decided to take advantage of the 4-day Corpus Christi holiday with a trip to Kuelap and Gocta Falls. Kuelap is an ancient stone complex, the largest in South America, that pre-dates Machu Picchu and is perched 3,000 meters above sea level on ridge overlooking the Utcubamba Valley. Peru is attempting to make Kuelap the next Machu Picchu of tourist destinations and as we live relatively close to it, we decided it was worth the trip. Near Kuelap is Gocta Falls, which by some accounts is the 3rd highest waterfall in the world (apparently there is some controversy over how to measure the heights of waterfalls). So together with fellow Americans Mistina, Teresa, Kevin and Kristen, our Spanish friend Miguel and our Peruvian driver Adderly, we set off early on Thursday morning for the anticipated 10 hour drive through the Andes Mountains.

Those of you who know me know that I DESPISE car rides. I barely tolerate the 5-hour drive to Northern Wisconsin from Milwaukee and have sent Matt off with his friend Pete on road trip adventures. Peruvian roads are notoriously dangerous and before we arrived here, every week Matt would read some story of a bus or van plummeting off a cliff. It quickly became evident why. 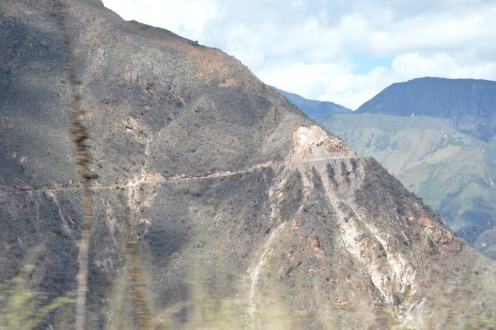 We went on that?! 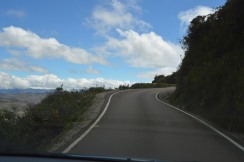 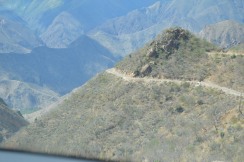 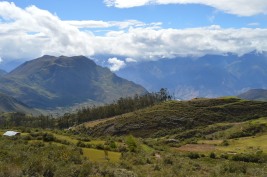 How Green is My Valley 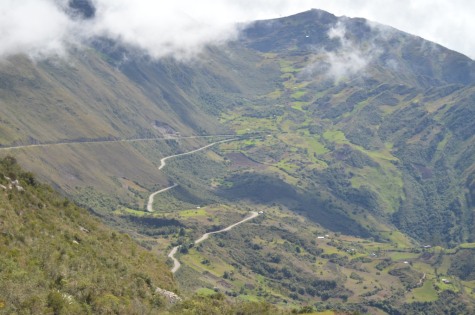 The first hour of the trip was pretty good, the views were gorgeous and I was beginning to be lulled into thinking my life wasn’t in danger. Then we hit road construction and were told we had to return to Cajamarca and take the long way, which would add 4 hours onto our trip. Miguel sprung into action, collected our ID cards and somehow managed to convince the road crew to let us through because we were American tourists. Shockingly, we didn’t even have to grease any palms to make that happen. But we did get stuck behind machinery and had a very slow drive to Celendín. 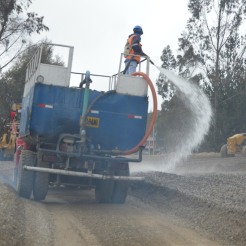 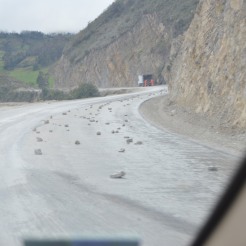 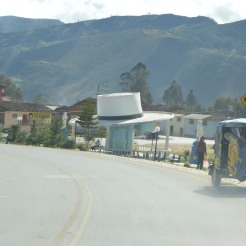 Celendin – Home of the Big Sombrero

Three hours into our trip, we took a short, necessary break. 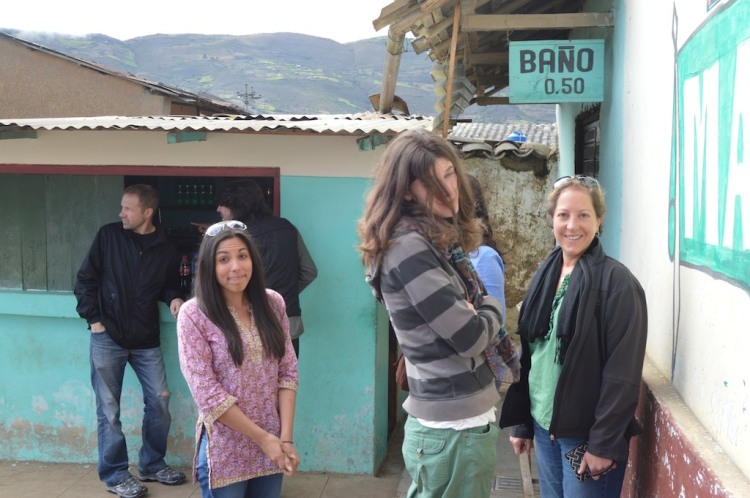 After Celendín the roads narrowed and lost all pretense of handling two-way traffic. Thankfully Adderly is young and has his whole life ahead of him so he was a very cautious driver. It also helped that he had excellent reflexes and apparently a strong thumb as he had to toot the horn on every curve to make sure we didn’t get run off the road. 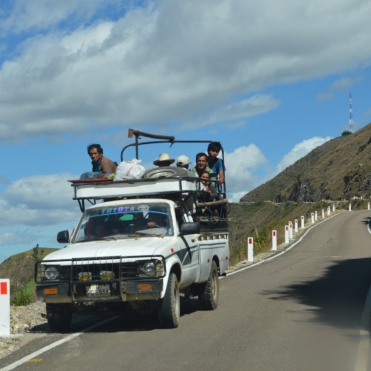 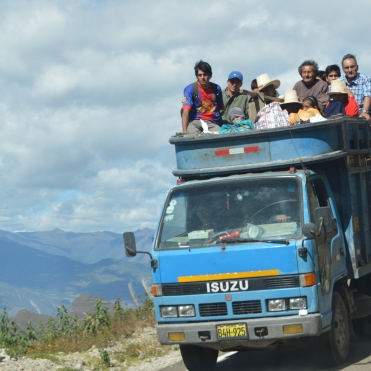 In addition to the traffic there were also animal impediments. 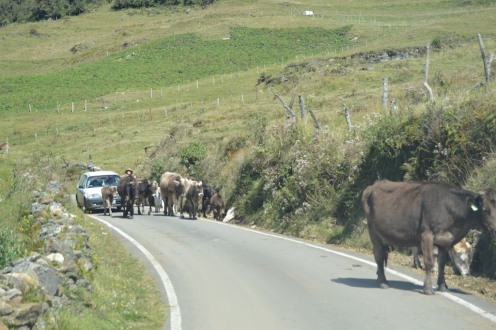 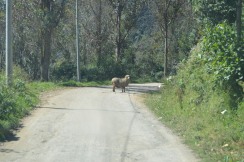 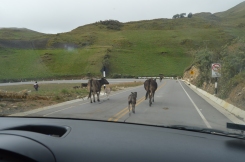 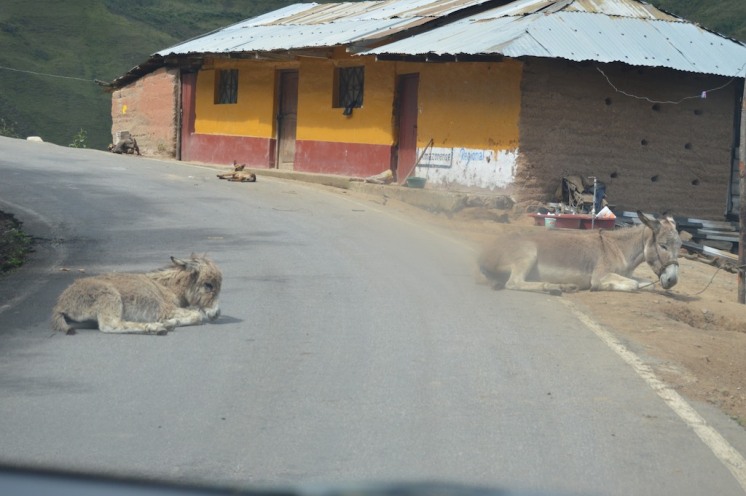 The roads got worse and worse and every time I opened my eyes it appeared we were plummeting off a cliff. We finally took a late lunch break in Leymebamba. It apparently has a wonderful museum, but we still had 3 hours to go until we arrived at Gocta Lodge so we had to pass on the museum. 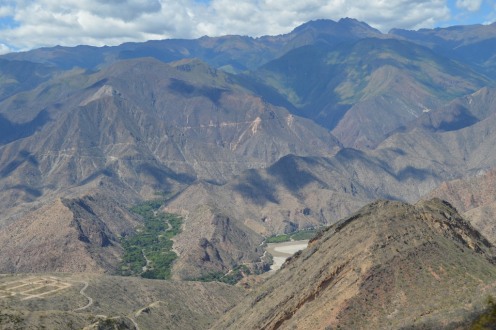 Every road you see we traveled 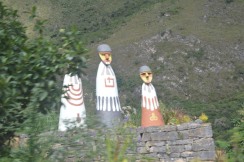 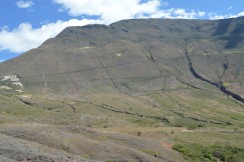 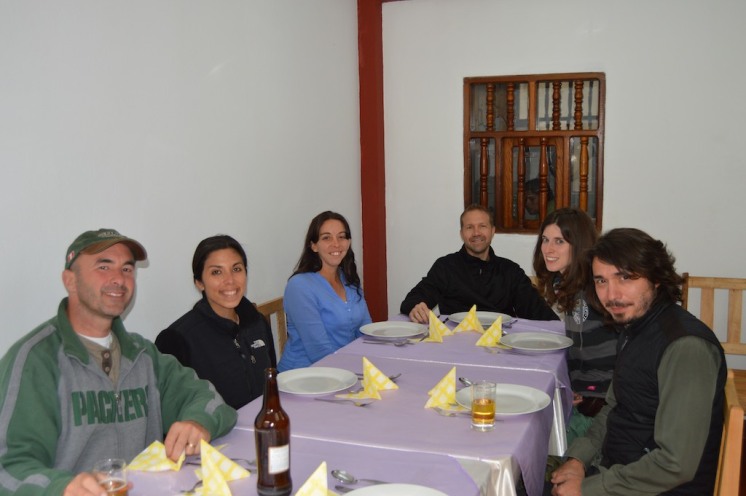 Relaxing over a Late Lunch

The roads between Leymebamba and Gocta Falls were actually not terrible and toward the end we were on a decent one along the river. And by decent I mean that it was paved, slightly wider and had signs warning us of falling rocks.

Twelve hours after leaving our house, we arrived at Gocta Lodge in the dark (sunset in Peru is around 6:30) and after settling in we broke open the wine and snacks for a well-deserved happy hour. The next morning, we awoke to these beautiful views. 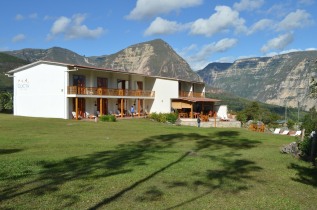 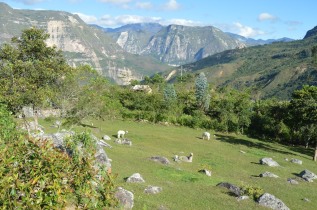 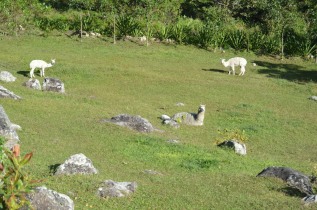 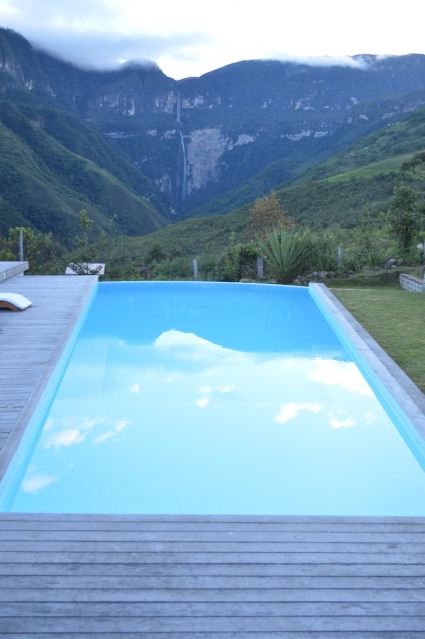 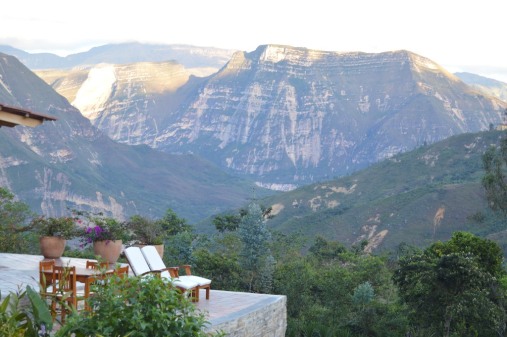 Sunrise over the Mountains 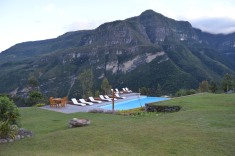 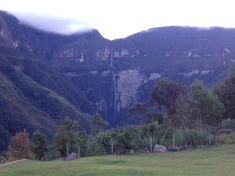 Little did we know that our relaxation would be short lived as we had the most harrowing drive of all ahead of us!